This is truly the end of something great

Lbj is also below Magic and Bird. He isn't really close to being the goat

I loved this series, amazing lol

I will miss this show

This arch was funny but MJ > Lebron

Excuse me The claw is the current King yet House of clippers was stacked that's the one team Lakers could not win Kawhi Lenard is still the King.

Anyway fun fact. For buzzer beaters points and assists made combined, Paul Pierce is 1st and MJ is second 😊

Lmfao Paul Pierce??!! Just as shitty as the HBO series.

That was so much better than I could have imagined

Wow. This last episode made me cringe just like the GOT. Bleachers report is one True GOAT

The fuq is this season finale. You can't even see anything when Jordan and Lebron fought.

Love the episode but just wanted to say that instead of kyrie, it should be Rudy gobert because he’s the one who shut the league down

That Guy Who Loves BBall

Time to break out my Paul Pierce jersey again

I was wondering who the farmer talking to LeBron is....then I realized, duh, Jordan Farmer

they really put paul pierce as the goat. the only great ending

Paul Pierce will always be my GOAT

Anyone else disappointed we didn't see the final battle?

Why is this show ending?

WHY do people keep looking at my channel art, annoying!

This can't be the end

Why does it end with kyrie

This was a disappointing ending ngl

Kyrie: But let me ask you this, what does the word GOAT mean to you anyway? What makes a GOAT? Is it the rings (shows Russell)? Is it the stats (shows Kareem)? Is it the style (shows Iverson)? No, it's the story. There's nothing more powerful then a good story. And who has a better story than Paul Pierce? Paul Pierce not only has a championship ring, and was a 10 time All-Star, but he did it all after being stabbed. He once hit a game winning bank shot, and when asked if he called bank he said I called GAME. Crippled man, became the most interesting Maister in the Mediadel when he had the courage to say he was better then Dwyane Wade. Bill Simmons: He's right. Kyrie's right about something, that shot over Al Harrington was all time! Michael Jordan: Paul Pierce, The true GOAT! Crowd: Paul Pierce! Paul Pierce! Paul Pierce! Paul Pierce! Brian Scalabrine: Places the golden goat horn crown onto Sir Paul Pierce's head. Legendary. It will never be the same without you Game Of Zones😭😢

LeBron is the goat huhuhuhu

Ayy shout out to Paul Pierce 😂

This is Fake, Bron would never beat MJ

LeBron: And the future GOAT's who may one day take this crown from me Then shows: Zion, Morant and CARUSO 😂🤣

Yep ! Just as disappointing as GAME OF THRONES season 8 ! :/

I present to you Paul Pierce the broken first of his name and the G.O.A.T of game of zones. 😆

Love this show, so funny. For real though that team wouldn’t beat the dream team imo.

They were just taking shots at everyone in this 😂😂😂😂

How is this a bad episode? The nba and current times references were phenomenal. Got finale referenced well too it seems..

I have enjoyed this series. Sad to see it go.

So everyone unsubscribed right?

Wait when did the battle happen?

I Lost it when LeBron said WHAT!!???? Funny I said the same thing Last year around this time Huh

What is the reference to Mr. Hinkie about??

LeBron fan but great job on this 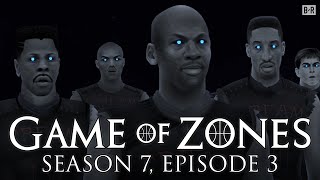 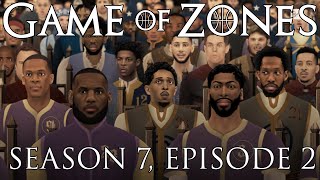 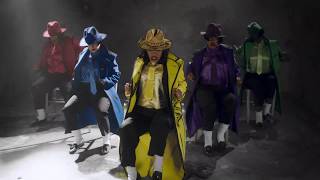 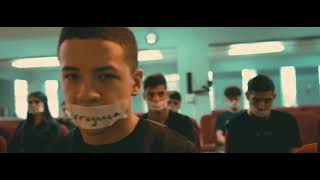 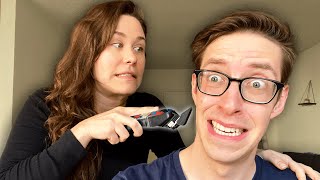 Our Girlfriends & Wives CUT Our Hair

Leaving My Dog Alone with a Whole Chicken

Game of Zones Special Episode - ‘A Game of Horse’

"You Done For The Year?" Pulaski's Star QB Goes DOWN INJURED! Coach Trains The Backups In The DARK!?